To build a healthy community free from oppression and sexual trauma.

Sexual Trauma Awareness and Response® (STAR®) is a nonprofit organization committed to serving youth and adult survivors of sexual trauma and building institutional capacity to prevent and respond responsibly to sexual violence in the community.

Our organization’s roots are in Baton Rouge, Louisiana, where we began as the Stop Rape Crisis Center, a division of the East Baton Rouge District Attorney’s Office, in 1975. In 1979, the center was recognized as “An Exemplary Project” by the U.S. Department of Justice and what began as a grassroots initiative comprised of several volunteers, advocates and allies committed to establishing support services for rape survivors quickly became nationally recognized.

In 2012, the agency became STAR® and transitioned into a 501c3 non-profit organization to expand services, increase education and outreach efforts, and, as a separate, non-governmental entity, to ensure confidentiality with clients. STAR® now also serves a wide population of survivors, including children who have been sexually abused, adults who were sexually abused as children, and those who have faced sexual harassment, sexual battery and assault, rape and attempted rape.

At this same time, STAR® began to increase its presence in the Greater Baton Rouge community through outreach and education. In 2012, STAR® launched a community education program that started to utilize evidence-based prevention practices aimed at reducing perpetration of sexual violence by teaching healthy relationship behaviors to youth. This program has grown and expanded to include prevention-focused and response-focused training for educators, response professionals and youth-service workers.

In 2015, a Louisiana philanthropist with first-hand knowledge of the lack of services for survivors of sexual trauma in the Greater New Orleans area searched nationally for a model that might serve that area. After becoming aware of STAR’s services in Baton Rouge, the philanthropist funded a New Orleans office for STAR® which opened on January 1, 2016 and serves survivors throughout Jefferson, Orleans and St.Tammany Parishes.

That same year, STAR® was awarded “Program of the Year” by the Louisiana Foundation Against Sexual Assault (2015).

The following year, STAR® was called upon again to expand its services, this time in Alexandria, where it now serves survivors in Avoyelles, Grant, Rapides and Vernon Parishes.

In 2017, after developing an outstanding legal program, STAR® was honored by the Louisiana Bar Association with their “Legal Services Innovation Award.”

We are committed to: 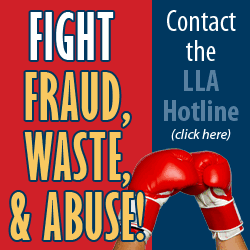