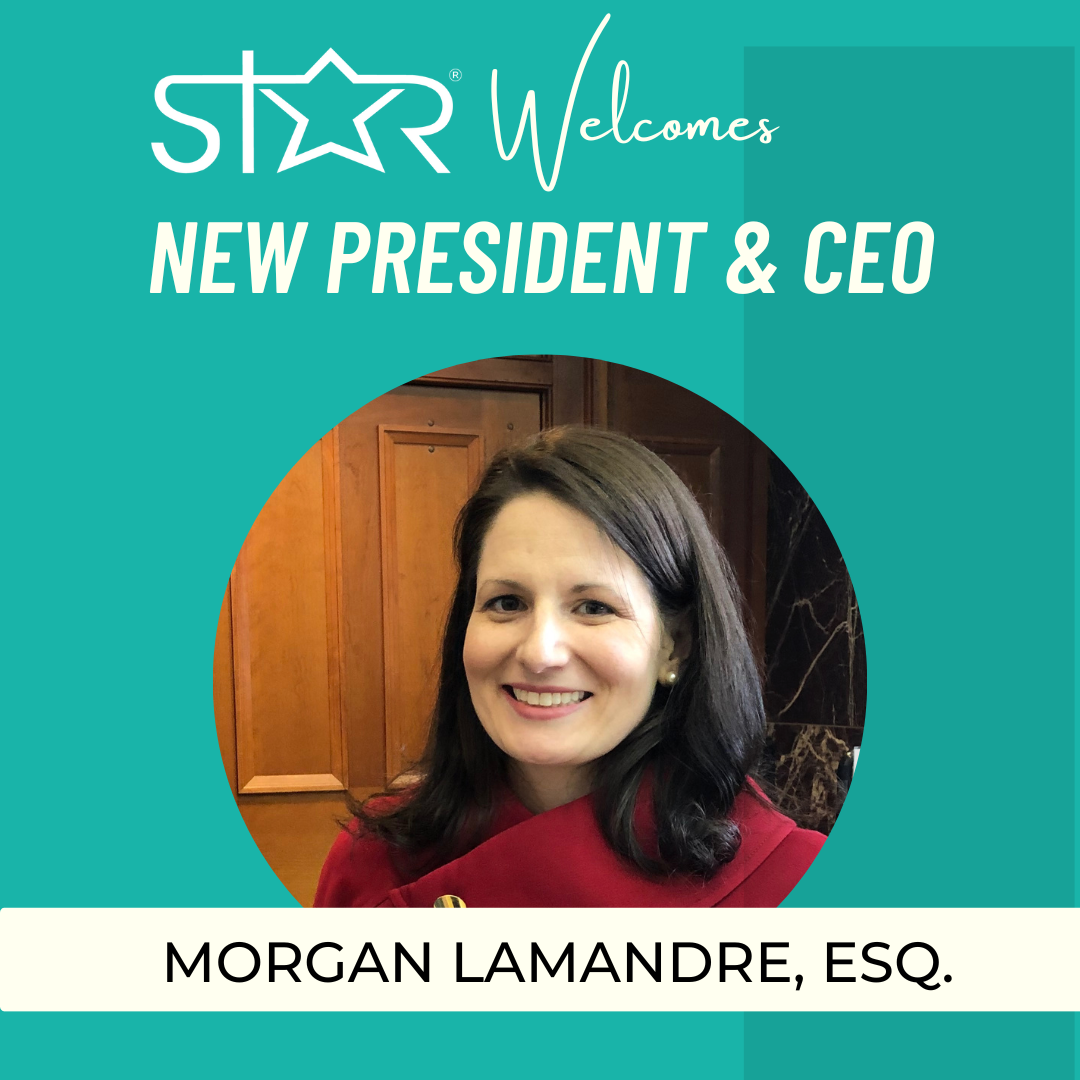 For the past ten years, Racheal Hebert has been STAR’s transformational leader. What began as the Baton Rouge Rape Crisis Center with a single office, 3 staff, and a meager budget, became STAR when Racheal founded it in 2012. And since then, she has grown it – STAR’s service area, staff, budget, and impact – many times over, serving thousands of survivors across Louisiana under her leadership. Sadly, Racheal’s last day as STAR’s CEO will be December 31, 2022.

Racheal leaves big shoes to fill. To find STAR’s next leader, the Board formed a special search committee and engaged an outside consulting firm. After receiving dozens of applications, reviewing questionnaires, and holding multiple rounds of interviews, the Board is pleased to announce that it has unanimously selected STAR’s Policy and Compliance Director, Morgan Lamandre, to serve as STAR’s next CEO.

Morgan founded STAR’s legal aid program, and for several years she has led STAR’s policy and legislative advocacy work, supporting survivors’ rights across Louisiana, and earning recognition for STAR as a national model. She will start in her new role on January 1, 2023.

We look forward to seeing how STAR will grow under Morgan’s leadership over the next decade.

Back to What's New