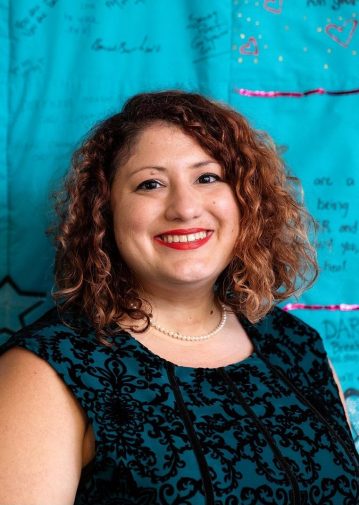 Racheal Hebert, LCSW-BACS is the founder, president & chief executive officer of STAR. Racheal has worked in the field of sexual trauma and violence prevention since 2008, where she first started her career as the volunteer coordinator for the Rape Crisis Center, a division of the 19th Judicial District Attorney’s Office in Baton Rouge. In 2012, she was instrumental in transitioning the organization into a 501c3 nonprofit rebranded as STAR.

Since 2012, Racheal has served as the CEO of STAR, where she grew the organization from a small operation with two employees in Baton Rouge to a multi-branch agency with 39 full and part time staff. STAR currently operates with a $2 million-dollar annual budget and has offices in Alexandria, Baton Rouge, and New Orleans. Each year, STAR provides free and confidential support services and outreach and educational workshops to thousands of people throughout Central and South Louisiana.

Racheal graduated with a bachelor’s degree in sociology and women’s & gender studies and a master’s in social work from Louisiana State University (LSU).

A native of Houma, Louisiana, Racheal is proud to call South Louisiana home.