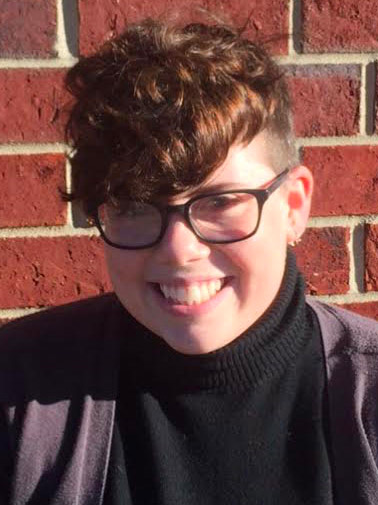 Megan Wilson has lived in Houston, Texas; Slater, Iowa; and most recently Ball and Natchitoches Louisiana. She graduated from the Louisiana Scholars’ College at Northwestern State University in 2016 where she completed her undergraduate thesis, A Needs-Based Analysis of Sex Education in Louisiana for Historically Underserved Demographics. She graduated with a Liberal Arts degree, a concentration in Humanities and Social Thought, and a minor in Philosophy.

While attending school, she was a member and the eventual president of the Feminist Majority Leadership Alliance, a founding member of the NSU group dedicated to eradicating sexual assault on college campuses, Demons Support Demons, a member of Natchitoches’ It’s On Us Coalition, and a founding member and co-chair of the Center for Inclusion and Diversity on Northwestern’s campus. Through working with these groups, Megan’s passion for women, members of the LGBTQIA+ community, survivors of sexual assault, and all the ways these identities intersect has only grown. She is excited about the opportunity to bring resources to the people of Central Louisiana and for the chance to make a difference in the local community.