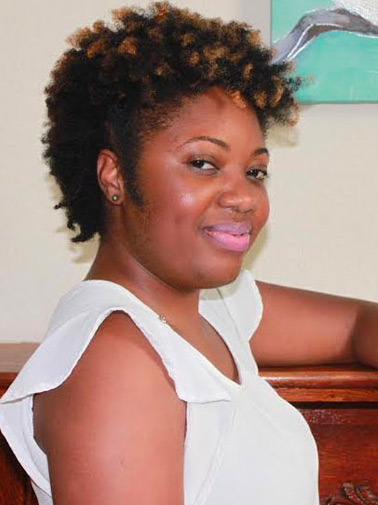 A native of New Orleans, LA, Javonda Nix attended the University of Louisiana at Lafayette for her undergraduate degree. Javonda graduated from ULL in 2010 with a Bachelor of Science in Health Promotion and Wellness. In 2016, she decided to enroll in the online program at Benedictine University to obtain her Master in Public Health with a focus in Health Education and Promotion and Health Management and Policy. Javonda graduated in December 2018.

Javonda’s career in social and community services has spanned over 14 years. Javonda’s service began in high school when she was employed with the Summer Youth Leadership team. As a result of her work in high school, Javonda knew a career that encompassed helping others would be the most fulfilling for her.

Javonda’s career has included working as a Community Service Specialist with Total Community Action, Inc. (TCA).  During her time at TCA, she created a Summer Youth Fitness program called YOLO (Youth Opposing Lives of Obesity).  Javonda’s passion for health promotion and wellness, combined with her experience in youth programming, also led her to join West Jefferson Fitness Center as the pre-teen/teen fitness instructor.  Prior to joining STAR Javonda was employed as the Health Coordinator for the Jefferson Parish Healthy Start program, which provided maternal and child health services to families.

Javonda started her career at STAR as a Resource Advocate. Now, she currently holds the position as Advocacy Director in the New Orleans branch. In this role, her goal is to create a safe space for survivors and make connections with community partners to ensure survivors are receiving quality service.